There’s an anime for everyone. Whether you’re looking for passion and romance, violence, murder mystery and cop drama, or horror there’s something out there just for you. If you’re looking for a tearjerker to really put life into perspective then this is the go-to list you need.

I mean, you want to know the best romance anime and the best psychological thriller anime so naturally, if you’re looking to have your emotions jerked around like a rag doll you need to know the best of the best as far as all-consuming depression is concerned, too, right? Right. Get ready to bust out the tissues and cry your way through the saddest anime of all time.

Unable to rest in peace, the teenagers in this anime are in a high school for the souls of those who have passed with self-proclaimed unfinished business. In their paths of learning to let go their stories will rock you to the core. 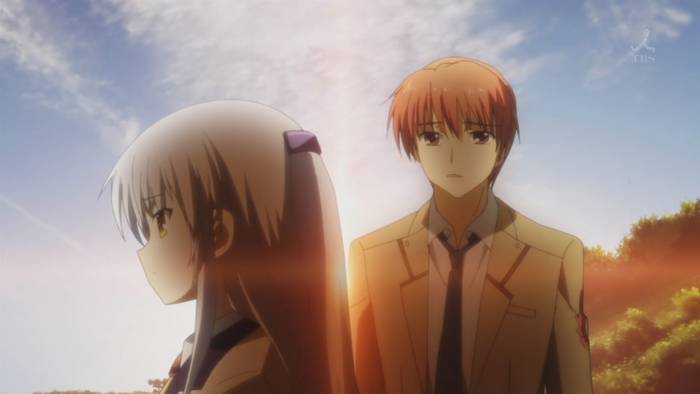 2. Your Lie in April

Young piano prodigy Arima Kousei loses his ability to play after the death of his mother leaves him psychologically scarred. His path back to the music he was gifted to play is spurred by an encounter with a talented violinist, Miyazono Kaori. 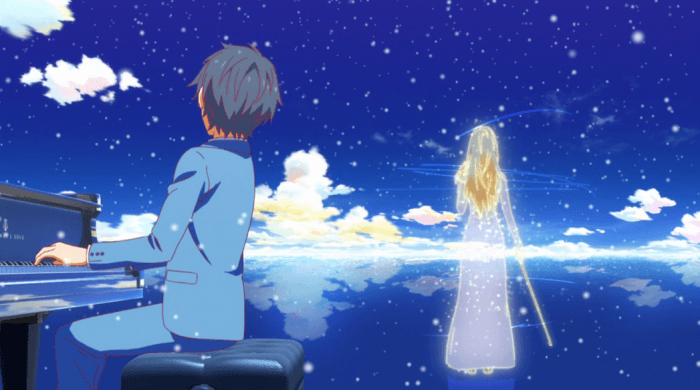 3. Anohana: The Flower We Saw That Day

Centered around broken teenagers whose pasts haunt them with “unbearable burdens,” a tragic accident separates these friends. It is truly the intensity of their powerful emotions that reaches in and clings to you, lingering almost permanently. 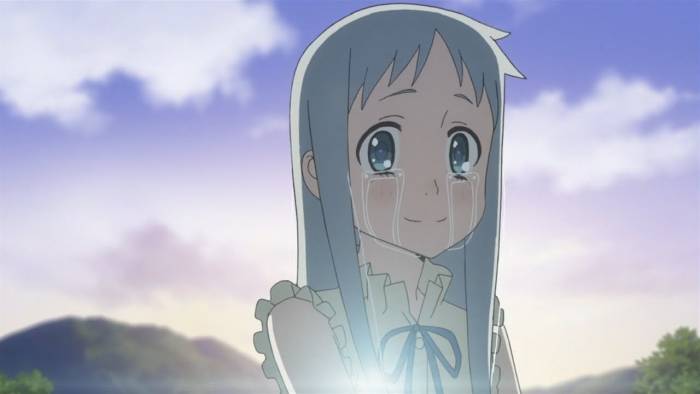 A story virtually anyone can relate to, 5 Centimeters Per Second is about two close friends who fall apart over the years and lingering memories creeping their way back in leading to a longing for paths to cross. 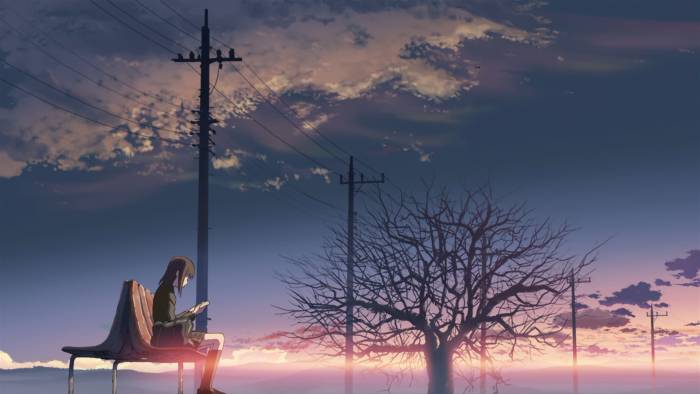 The realistic nature of this anime is what truly gets to you. The story surrounds regular, innocent people, victims coping in the aftermath of an 8.0 earthquake. 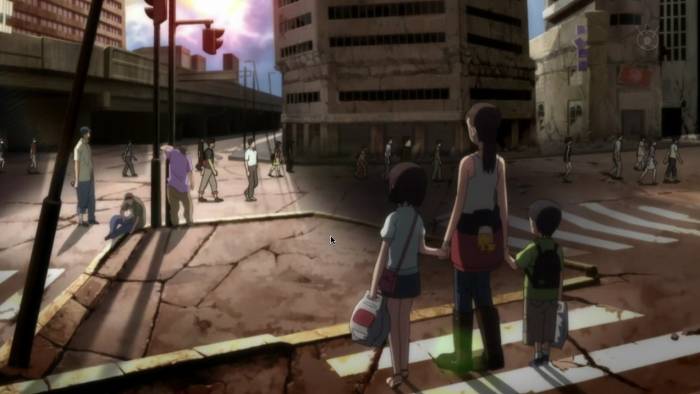 More known for it’s suspenseful nature than it’s ability to wreak havoc on your emotions, Steins; Gate and it’s powerful characters is still very much capable of making you cry.

The emotional adventure about am exorcist nun and her benevolent demon sidekick carries some sweet punches, both with it’s awesome supernatural action sequences and it’s emotional jabs leaving you in tears.

About a young boy transported to a dystopian world, this anime tugs at your heartstrings as it tackles morality, humanity, war, and slavery in a post-apocalyptic universe where water is scarce and women are captured for breeding purposes.

9. Clannad and Clannad: After Story

Notorious tearjerkers, these stories are raw and emotionally charged along with being easy to relate to. 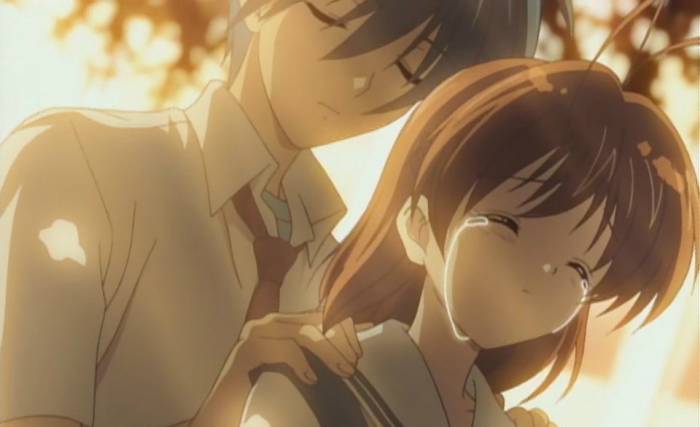 The emotional struggles of a young girl trying to build relationships and friendships through crippling amnesia.

A phenomenal anime from beginning to end, don’t let the action packed scenes fool you. FMA is one of the saddest anime of all time with constant brutal attacks at your feelings.

12. Searching for the Full Moon

With only one year left to live, 12 year-old Mitsuki wants nothing more than to become a singer so she can see her one true love again. This may be a shoujo anime but don’t be fooled, it packs powerful emotional punches. 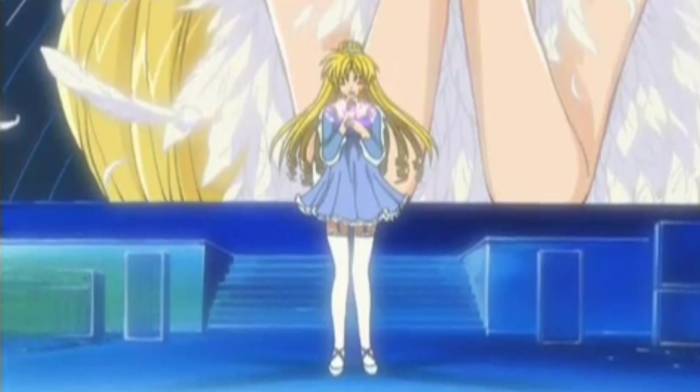 This unusual anime does a stellar job of covering morality, mortality, guilt, and overcoming past demons through the eyes of a female character. Whether she is an angel or not is debatable but the story is definitely fascinating. 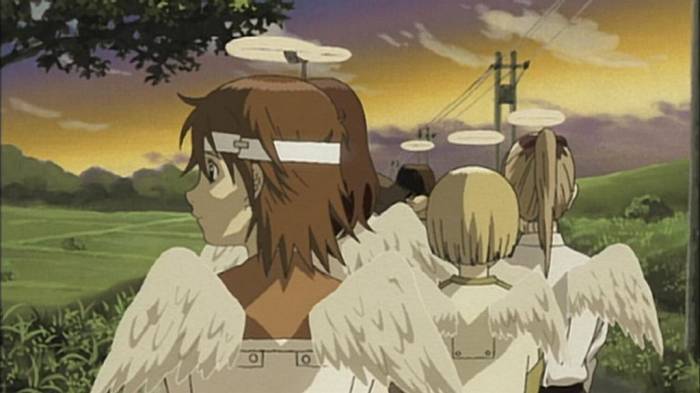 Don’t let a calm overcome you when this anime starts off adorable and heartfelt. It will quickly get to the emotional havoc. This story is of a human girl who fell in love with a werewolf and had two children with him. The real emotional crusade is centered around her unfortunate circumstances becoming a single mother and will will really gnaw at you watching her unconditional love blossom. 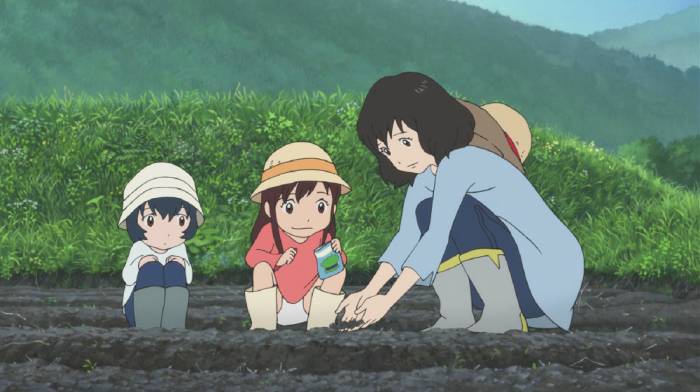 Don’t let the cute girls fool you, this anime does a great job of tackling mortality and humanity.

10+ Frustrating Photos Of Restaurants That Will Make You Shake...