Seven ancient tombs containing mummified cats have been discovered in the Egyptian village of Saqqara, southeast of Cairo.

The tombs are believed to be from the pharaonic age Fifth Dynasty of the Old Kingdom, and they can be dated back 6,000 years.

Among the discoveries were several cat mummies, as well as wooden statues of cats and other animals. A number of scarab mummies were also discovered, which, according to Mostafa Waziri, head of Egypt’s Supreme Council of Antiquities, are the first of their kind to be found in the area. 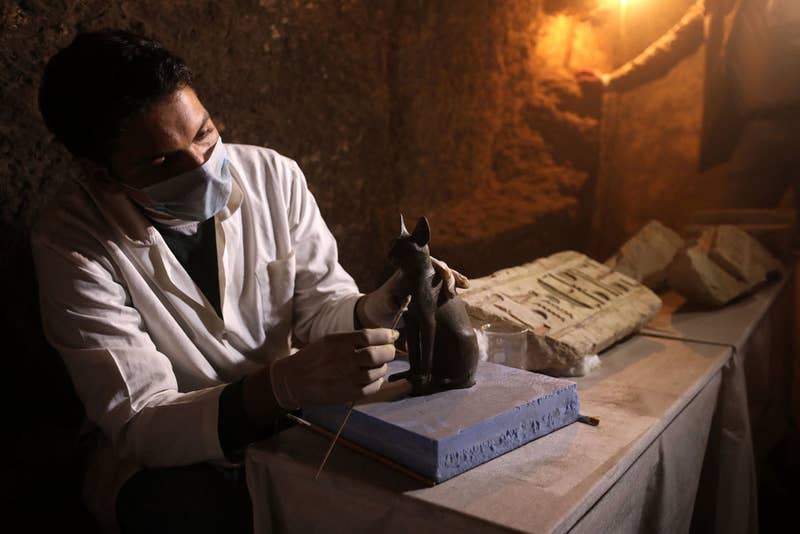 “A couple of days ago, when we discovered those coffins, they were sealed coffins with drawings of scarabs. I never heard about them before.” 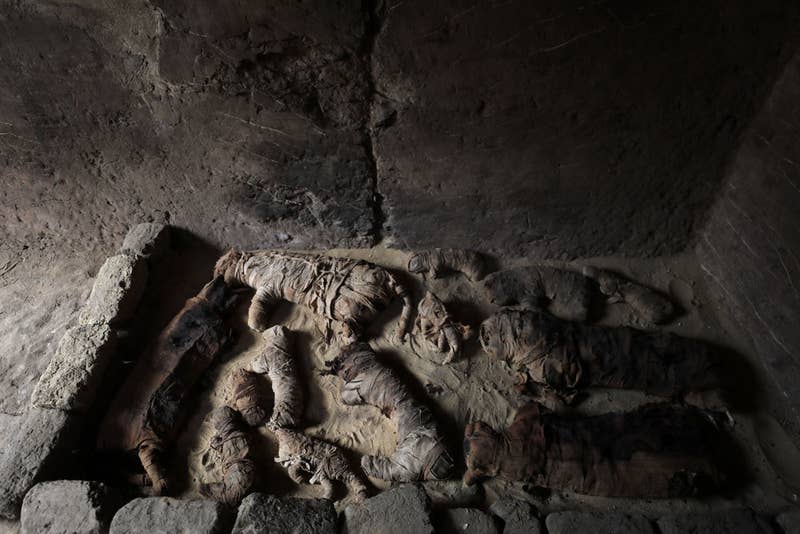 Cats were beloved by the ancient Egyptians, who worshipped the goddess Bastet, who is often depicted as a cat.

A bronze statue of Bastet was also discovered, as well as a painted wooden cobra and crocodile.

Earlier this year a mysterious 2,000-year-old sarcophagus was discovered near Alexandria in Egypt. When it was opened, three decomposed skeletons were found inside, which are thought to be the remains of warriors.

A 50-Year-Old Woman Has Been Arrested In Connection With Strawberries...

10+ Random Photos Of Silly Situations That Will Definitely Surprise...